This spring and summer has been unusually cool and cloudy in Seattle. (You don’t believe me? Cliff Mass has scientifically proven it!). Finally, Thursday was sunny and warm, making it a perfect day to take photos of my summer commute for the LGRAB Summer Games.

I cross Salmon Bay at the Ballard Locks. Cyclists have to dismount and walk across, but it’s worth it. It’s the best route across the water on the west side of Seattle. Early in the morning, it’s quiet and serene. 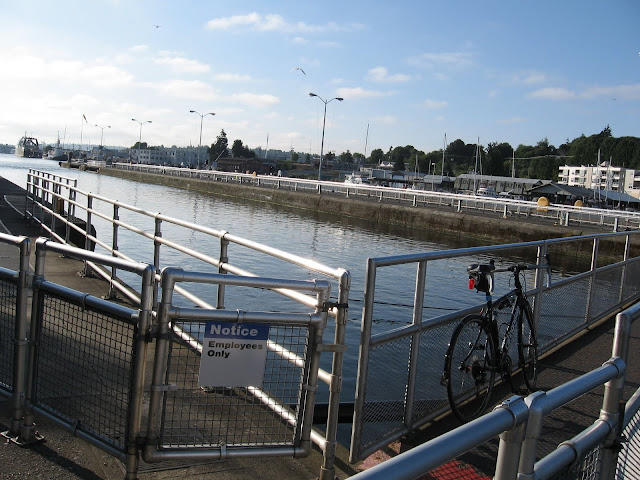 The light industrial area of Magnolia and Interbay is better for cycling than one would expect, as the roads and bike lanes are wide, but the traffic volume is relatively low. Plus, you can see trains! On sunny summer days, the number of cyclists increases dramatically. 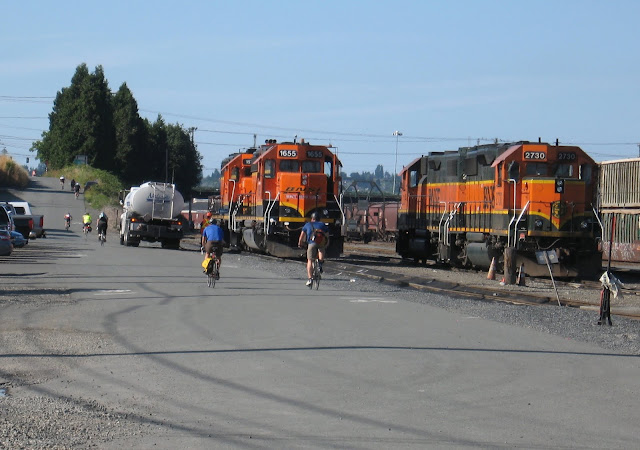 Down the road, I pass the place where school buses go to sleep. During the school year, they’d already be on the road. In the summer, you can see them lined up by the dozen. 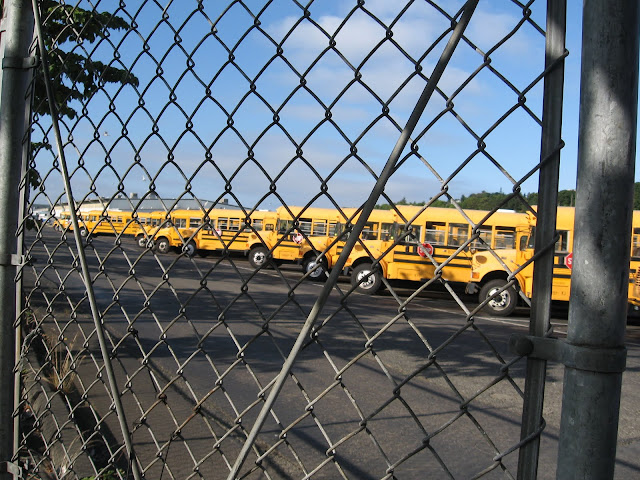 Finally, I reach the waterfront. This is the prettiest part of my commute. I even take a small detour, just to spend a little more time here. 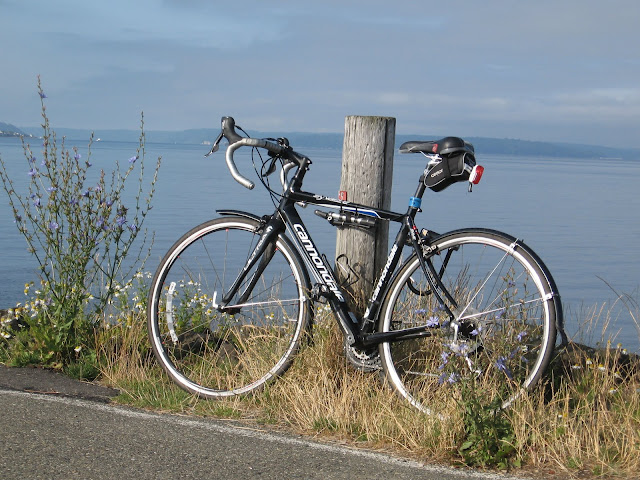 The wild roses remind me of my time in Edmonton. Their scent mixes with the salty, fishy air in a way that is strangely familiar yet different from Edmonton’s background of trees and grasses. You don’t have to stop to smell the roses, but it’s probably a good idea if you want to take a picture of them. 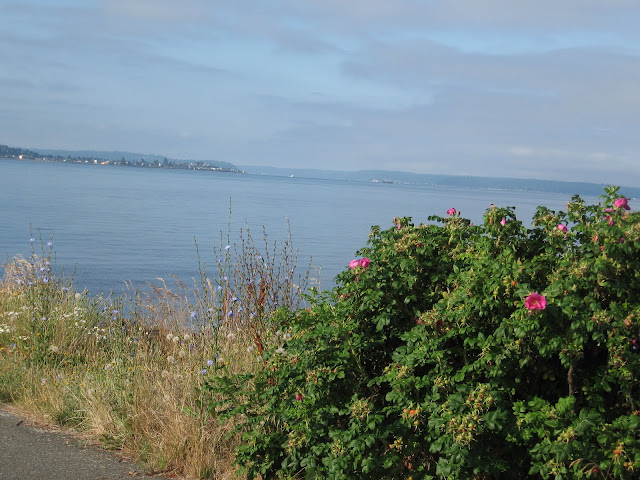 On a clear day, Mt. Ranier appears to float above the horizon. We’ll need to have a lot more sunny days before I can take that view for granted. 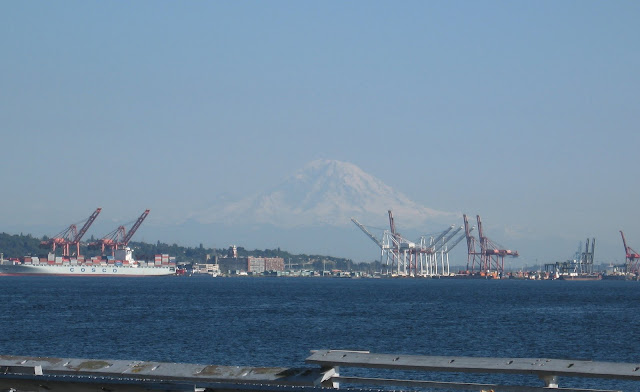 By the time I am on my way home, the city has woken up and is outside playing. The Locks aren’t so serene now – cyclists and tourists continually thread past each other on the narrow walk way. I’ve said “excuse me” to people from many countries, given directions to the fish ladder, and explained that “yes, cyclist ARE allowed here. It’s actually an important route”. Being patient doesn’t take much work – after all, we all want to be outside a little longer when the weather’s so nice. 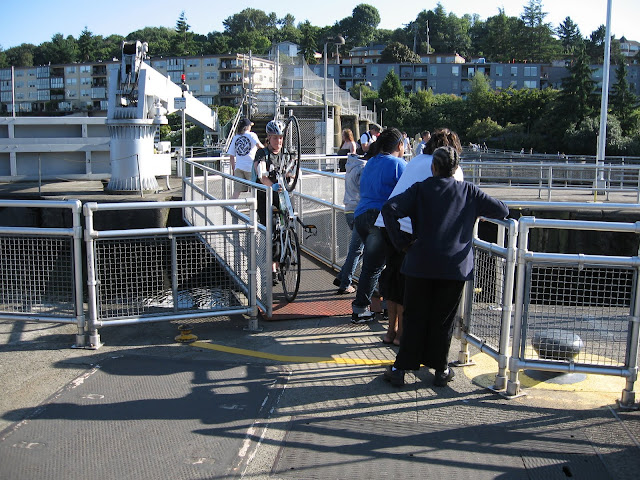 And that is my summer commute at its best!

One thought on “All Summer in a Day”